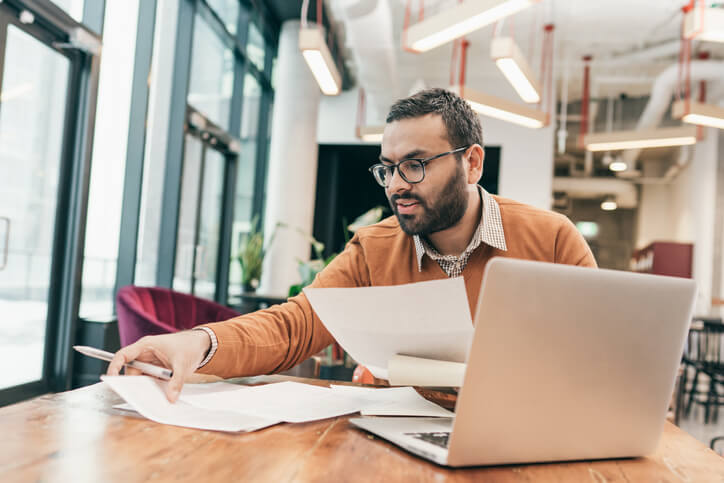 Internet of things (IoT) adoption is nothing new, as both organizations and individuals have embraced these devices for a long time. However, the built-in security of this technology isn’t necessarily always strong enough to withstand any threat. This article explores some of the top threats facing IoT, including ransomware and AI-based attacks.

What Are IoT Attacks?

The IoT landscape includes a host of network-connected devices, including cell phones, smartwatches, smart locks and appliances, cameras, and industrial equipment and sensors. The entire IoT attack surface is the sum total of the security risk eposure from these devices  and the larger network ecosystem and infrastructure they are embedded within.

IoT devices are essentially “headless” without onboard security features or the ability to install software. This limitation didn’t matter in traditional operational technology (OT) settings because they were isolated from the larger IT networks and not connected to the outside world in any way. But as technology has advanced, so has the interconnectedness of IoT ecosystems with the enterprise network and the entirety of the internet.

This new connectivity has made IoT devices a prime target for cyber criminals. IoT attacks include any cyberattacks that seek to gain access to (or control over) IoT devices with the intent to either cause harm to the devices or use them in attacks against other targets.

Most IoT devices are not designed with security in mind, and many do not have traditional operating systems or even enough memory or processing power to incorporate security features. Not only that, but IoT devices are growing in number, with over a million new devices connecting to the internet each day. The result is a significant quantity of data moving freely between devices and across network environments, remote offices, mobile workers, and public clouds with minimal visibility, making it difficult to track and secure this data.

What Are the Risks of IoT?

IoT devices are vulnerable to hijacking and weaponization for use in distributed denial of service (DDoS) attacks, as well as targeted code injection, man-in-the-middle attacks, and spoofing. Malware is also more easily hidden in the large volume of IoT data, and IoT devices sometimes even come with malware already onboard. Further, some IoT devices can be remotely controlled or have their functionality disabled by bad actors.

Additional IoT threats include the following:

IoT devices have become ubiquitous in operational technology (OT); they are used for everything from sensing temperature and pressure to robotic devices that improve assembly line efficiency.

Historically, OT systems and IT networks were “air-gapped” ; OT was separated from the rest of the enterprise and not connected to the outside internet. However, as OT and IT have converged, IoT devices are now regularly connected and accessible from both inside and outside the corporate network. This new connectivity leaves both the OT and IT networks vulnerable to IoT threats and requires new, more holistic approaches to security.

Cyber-crime groups can compromise IoT devices connected to the internet and use them en masse to carry out attacks. By installing malware on these devices, cyber criminals can commandeer them and use their collective computing power to take on larger targets in DDoS attacks, send spam, steal information, or even spy using IoT devices with a camera or sound recording capabilities. Massive botnets made up of hundreds of thousands or even millions of IoT devices have also been used to carry out attacks.

Ransomware is a form of malware designed to lock files or devices until a ransom is paid. IoT devices, however, rarely have much – if any – files stored on them. Hence, an IoT ransomware attack is unlikely to prevent users from accessing critical data (which is what forces the payment of the ransom). With this in mind, cyber criminals launching IoT ransomware attacks may attempt to lock the device itself instead, though this can often be undone by resetting the device and/or installing a patch.

How ransomware truly makes headway in the IoT world is by focusing on critical IoT devices (such as those used in industrial settings or those upon which significant business operations depend) and requiring ransoms to be paid in a very short time span (before a device could be properly reset).

Bad actors have been using AI in cyberattacks for over a decade – mostly for social engineering attacks – though it is only in recent years that this trend has really started to take off. AI is now being used more broadly across the cyber-crime landscape.

With cyber crime becoming a booming business, the tools needed for building and using AI in cyberattacks are often available for purchase on the dark web, enabling just about anyone to take advantage of this technology. AI systems can perform the repetitive tasks required to scale up IoT threats rapidly, in addition to being able to mimic normal user traffic and avoid detection.

One difficulty in securing networks with IoT devices is that many such devices are not readily detected by network security. And if the security system is unable to detect a device, it won’t be able to easily identify threats to that device. Network security often lacks visibility into these devices and their network connections, as well. Hence, one of the key pieces in securing a network with IoT is readily identifying new devices and monitoring them.

Robust IoT security requires integrated solutions that are capable of providing visibility, segmentation, and seamless protection across the entire network infrastructure. Key features of such a solution include the following:

Additionally, as digital innovation expands networks and there is an increased reliance on remote access, a zero-trust approach is necessary to protect distributed environments, including securing IoT. With Zero Trust Access (ZTA), role-based access control is a crucial component of network access management with a least access policy that gives users the minimum level of network access required for their role while removing their ability to access or see other parts of the network. ZTA also can authenticate endpoint and IoT devices to establish and maintain comprehensive management control and ensure visibility of every component attached to the network. For headless IoT devices, network access control (NAC) solutions can be relied on for discovery and access control. Using NAC policies, organizations can apply the zero-trust principles of least access to IoT devices, granting only sufficient network access to perform their role.

Learn how to simplify, automate secure remote access that verifies who and what is on your network and secures application access no matter where users are located with Zero Trust Access. 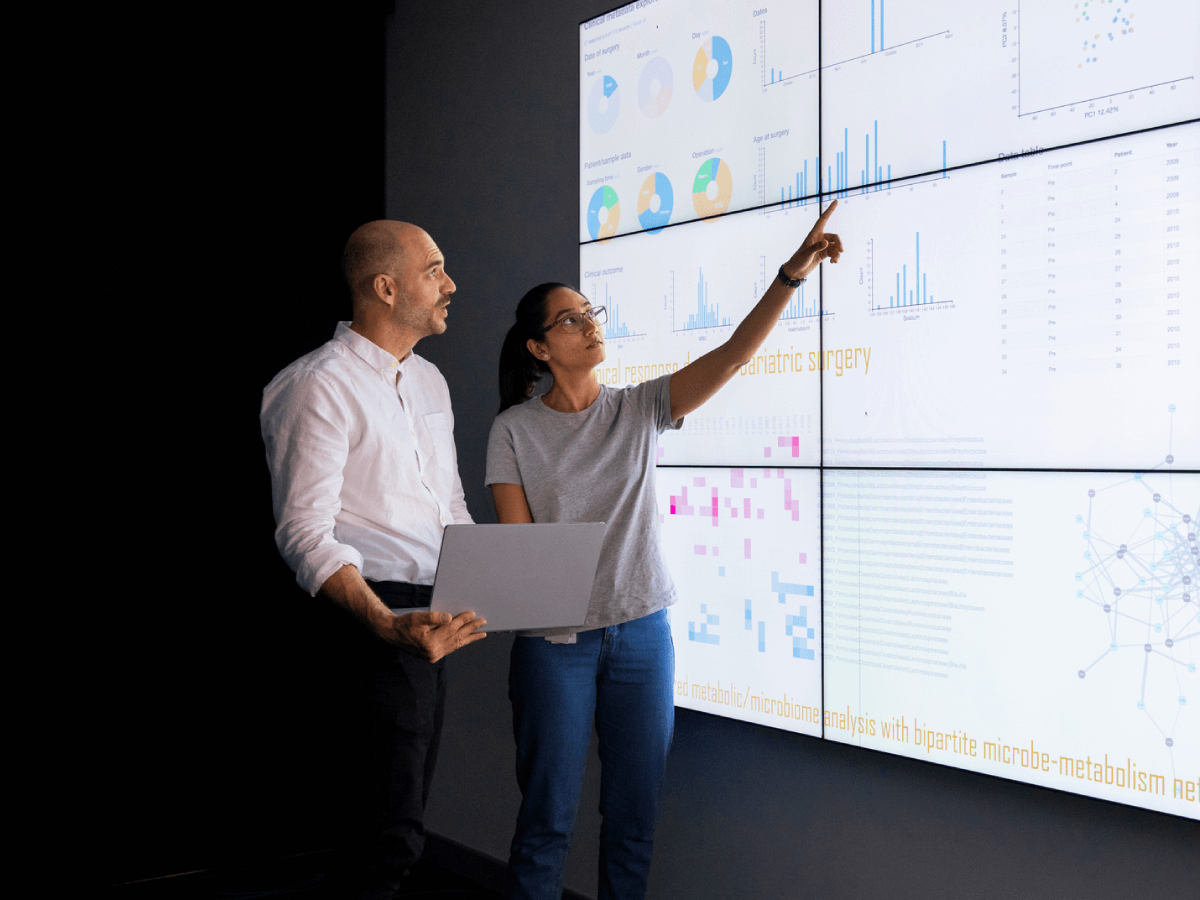 The network has changed more in the last few years than in the 40 years before it. Much of this transformation is due to fundamental shifts in the enterprise’s focus on application use, the value of user experience, and prioritizing outcomes over speeds and feeds. This includes things like the adoption of multi-cloud networks, the growing reliance on SaaS applications, the transition to a large remote workforce and the collaboration tools needed to support them, the rapid adoption and acceptance of IoT and personal devices on the network, and digital savvy consumers who demand performance and personalization.

According to IDC, over 90% of large enterprises now have a hybrid, multi-cloud solution in place that includes a combination of on-prem, private cloud, and public cloud environments, with organizations now using an average of 2.2 public clouds and 2.2 private clouds. But that’s just the start. IDC also predicts that by 2023 over 50% of new IT infrastructure deployment will be at the Edge, creating a whole new network environment that will need to be managed and secured. And according to Gartner, at least 60%+ of enterprises will have an explicit strategy and timeline for SASE adoption in place by 2025 that will encompass user, branch, and edge access, up from just 10% in 2020.

To help address end-to-end availability and performance concerns in the new enterprise networks, NetOps must also transform. Network operators must invest in analytics and automation, improve integration with DevOps, and bolster their coordination with security to better support their digital business. NetOps 2.0 goes beyond traditional network operations management to incorporate core DevOps values like network agility, network automation, and network orchestration. In the most recent NetOps 2.0 report from Gartner, the use of NetOps 2.0 principles will grow by 40% between now and 2023, helping organizations reduce application delivery times by 25%. Today, Fortinet introduced two new offerings to accelerate AIOps Network Operations: FortiMonitor and FortiAIOps

AIOps is central to transforming Network Operations Center (NOC) strategies and solutions. Today’s digital business model means that more users on more devices from more locations need to access business applications and resources faster than ever before. AIOps helps automate and enhance IT operations through analytics and machine learning (ML), offloading the manual analysis and correlation that miss issues buried in mountains of data and create critical bottlenecks that can affect employee and customer user experience.

Observe – Because Fortinet has the breadth of coverage across LAN, WAN, and Cloud, we help customers and partners quickly identify and understand performance and connectivity anomalies, from user to application access. By simplifying and converging monitoring across Wireless, Switch, Firewall, SD-WAN, and SASE solutions into a single console, Fortinet AIOps can ensure and maintain customer satisfaction ratings no matter where they connect from.

Correlate – AIOps also enhances the ability to analyze device, LAN, WAN, and Cloud events quickly and thoroughly by incorporating and accelerating policies designed to identify the root causes of end user performance issues. This enables NOC teams to cut through noisy alerts and bring those critical issues to the surface that are affecting business so they can be quickly—and automatically—resolved.

Of course, not every enterprise is at the same place in the development of their NOC, nor do they all need the same set of solutions. Fortinet provides a range of products and services that help organizations implement an effective NOC strategy that can scale as their organization grows. There are generally three types of NOC Analysts, each requiring additional layers of technology building on the stages before. This is a short summary of the typical roles and responsibilities of NOC personnel for each level, and the technology each requires according to recent report from Gartner:

As networks continue to evolve, staying out ahead of critical network events is crucial—especially as organizations transition to digital business model. These complex and dynamic environments require new tools, like AIOps, to quickly identify, investigate, and respond to threats, to keep the network running at optimal speeds, and to ensure the best possible user experience.

Fortinet has a wide range of tools designed to provide visibility and control across the most diverse and complex networks. We invite you to learn more about Fabric Management Center – NOC— our AIOps Network Operations—here. We also urge you to try out our solution and reach out to your Fortinet Sales representative or channel partner if you want to evaluate the latest Fortinet Fabric Management Center–NOC solution.